[Kyle]We got up for the row to meet Maryanne’s parents the next day. Once we left Footprint, Maryanne remembered that she hadn’t brought her shoes. She was expecting to get wet landing the dinghy so was wearing sea boots and was intending to change later. I found that I could not row against the wind and the ebb current in order to get back. We ended up tying up to a wall well downstream, making a mental note that we absolutely had to get back before the next flood ended or we’d have 6 more hours to wait. Maryanne had to wear her sea boots all day, which kept causing me much hilarity as I would forget and then see her in an otherwise normal outfit and those big, blue sea boots!

Our first stop of the day was the Jameson Distillery in Midleton, where we took the full tour followed by the sample at the end. I had never had Irish Whiskey before. It’s quite different from Scottish Whisky. It is much smoother but with none of that lovely smoky flavour. It would be pretty hard to mistake one for the other and I can see the virtues of each. The tour was just a little heavy on the marketing, though, practically saying that John Jameson was the greatest man that ever lived who made the most important contribution to the human endeavour in the history of all time, complete with cheesy, Wide World of Sports music. 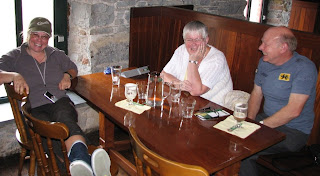 Who cares a bout footwear after a drop or three of whiskey? 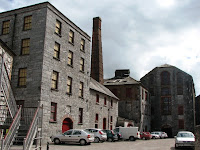 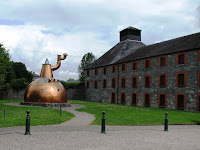 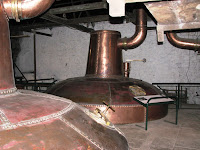 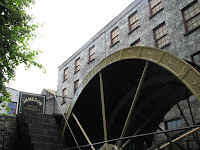 Jameson Whiskey Distillery Tour
Following the distillery (Maryanne’s Dad skipped his sample) we went to the FOTA Wildlife Park. FOTA is an open air zoo that, except for a few dangerous predators, manages by keeping compatible species together out in the open with minimal enclosures. Many of which were separated from the public by nothing more than the same space separating the public from each other. Lack of fences and the ability to get in close made it easy to get some good photos. At the end of the day the park keeps its cheetahs in shape by feeding them from a high speed line they have to chase down, which was a big crowd pleaser. 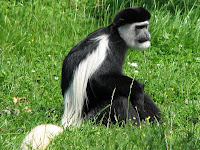 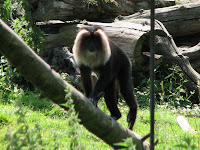 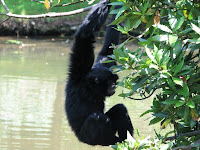 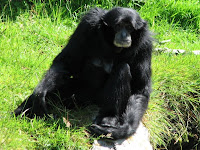 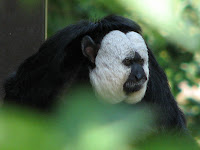 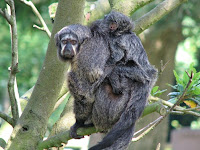 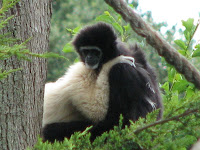 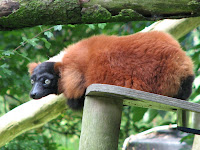 Monkeys at Fota Wildlife Park - there are plenty of them! 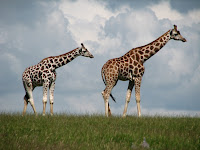 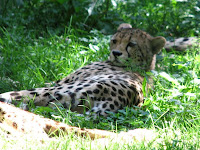 Just some of the other animals at Fota
We got back to Youghal and managed to get dinner finished just before slack water. It turned out that the deserted spot we picked to tie up the Pudgy was where all the town kids go swimming in the afternoon. They were pretty good about leaving it alone but we did have about 2” of water in the bottom from being too close to all the cannonballs. They were good sports, though and helped push us off for the long upwind (but not up current) row back to the bouncy Footprint.
Posted by SV-Footprint at 9:00:00 PM

I actually find Maryanne's boots quite fetching - in fact she might just start a new fad!