[Kyle]Finally, it came time for us to sail to the big city. The anchorage was full. We had to get used to traffic noise and exhaust. Carrefour (the French supermarket chain) was packed all of the time. 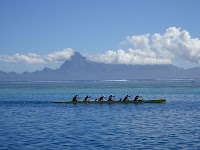 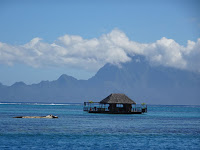 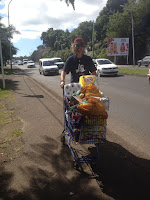 Sailing to the big city - we are soooo in Tahiti - love it
Oh and the chores begin!

In our usual way, we spent almost the whole time running many exhausting and unpleasant errands because we could and because we wanted the get the boat visitor-ready and be able to spend our time with them as chore free as possible. We needed to get Begonia to a state where we could pretend she was always that clean, tidy and well-stocked. We spent most of our time heat-soaked and stressed, but all ready to start relaxing for a couple of weeks.

We took the bus from the dinghy dock at Taina to downtown Papeete to source some non-grocery items. Much has been said about the unpleasantness of Papeete. We didn’t really find it so. Yes, it is big and crowded compared to so many of the empty little gems in French Polynesia, but it has its own charm and it has lots of stuff you can’t get anywhere else. You just have to pay triple. If you took a vacation to only Papeete, you would miss the best that French Polynesia has to offer, but your trip would still be pretty cool. It has a lovely waterfront and some nice parks, lots of restaurants and plenty to do.

Maryanne suggested we go to the Heiva there that night. My knee-jerk reaction was, “Great! Something else we have to do that we don’t have time for.”

She very reasonably reminded me that Carrefours were all over the place, but the Heiva was Tahiti’s big event and we were lucky enough to be in the right place at the right time - a once in a lifetime opportunity. "That’s why we’re doing all of this, right?”

It made for a very long day, but It was totally worth it. It was amazing!

Heiva i Tahiti is a big festival celebrating all things Polynesian. The event we attended was basically a singing and dancing competition. We both agreed the singing was nice, but probably required an acquired taste and a fluency in Tahitian. Half of the stands took a break during the two singing presentations. The dancing was definitely the main event. We’ve seen the Rockettes and they have nothing on these dancers. 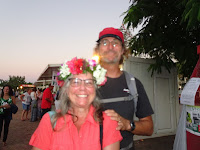 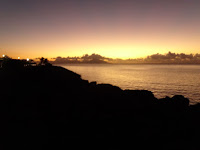 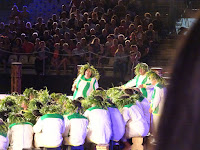 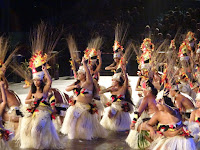 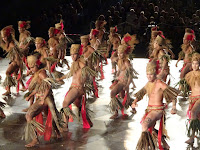 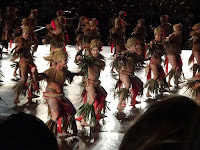 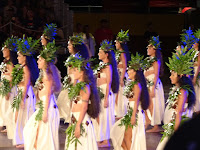 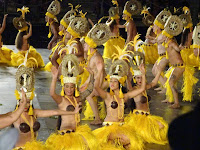 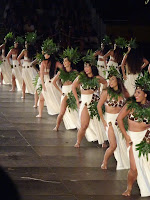 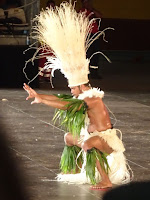 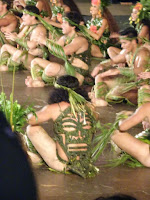 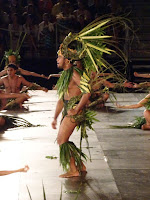 Heiva i Tahiti - 2017 - one evening of the many competition events

Actually, the whole production was fantastic. They had an “orchestra” of about thirty. Only three weren’t playing percussion instruments. To this beat, whole fields of hips jiggling in perfect unison juxtaposed torsos tracing graceful arcs, also in perfect sync. The men were equally impressive. Tahitian dance for men seems to be intended as a feat of strength. The last troupe performed for an hour and a half. It has to be like running a marathon in tropical heat.

Equally great were the costumes. All were intricately woven from feathers, grass and palm fronds. They were basically all single-use because the vigor of the dances shook them apart. The stage had to be swept during breaks, leaving a ring of yard waste around the perimeter.

The whole audience left all smiles. It was too late for the bus back to Taina, so we hitchhiked. We were picked up by a Tahitian teacher and her boyfriend who had just been to the Heiva as well. We all spent the short ride talking about how incredible it had been.

After that, we decided to move Begonia into town to be more in the middle of the action for our friends arrival.

What an incredible experience this must have been. I'm so happy to hear from you and see posts coming through. Since your guests have arrived, I assume you have entered two weeks of relaxed fun. Sending love.