[Kyle]We had a somewhat easy week to Australia. It had been over five months since we had spent that much time at sea, but we fell into our normal routines easily enough. 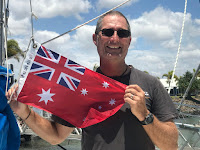 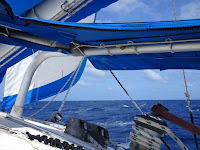 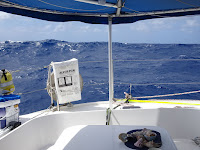 Mixed seas on the passage 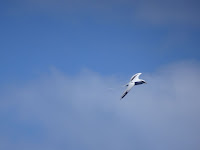 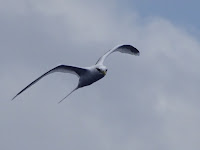 Visit from a tropic bird

The passage was a bit too windy on either end, with a slightly too-calm middle that allowed us to rest in between. 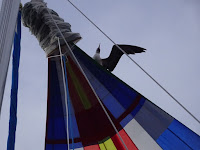 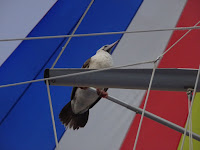 After the rough leg into Hervey Bay, we arrived into Bundaberg in the wee hours. The harbor approach is well-charted and almost too well lit. Those flashing blue lead-in lights are a bit on the bright side. We anchored across from the marina, where we snuck in a few hours of rest before being assigned a berth in the morning for clearance.

The officials were friendly and efficient. The biosecurity guy poked around a lot and looked at all of the wood he could find, but he didn’t ask us to dismantle or unload anything to get a better look. The whole process took maybe forty minutes. One unlucky boat had two rats aboard, that had been picked up at the marina in Port Moselle. Not only did that trigger a very thorough inspection by the officials, but they also chewed through electrical, hydraulic and steering lines before being hunted down. I guess it was good we had anchored in Baie des Citrons after all. 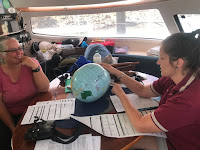