[Kyle]Begonia had just been hauled five months ago, so there really shouldn’t have been much to do. We had to remove the rudders, of course, but we were getting good at that, so it only took a few minutes. Our new engine (from last year) needed it’s first oil and filter change. We also knew it should hopefully be a while before we haul out again, so we changed the oil in both sail drives. Our main task was a good spring cleaning. Over the years, Begonia’s various storage areas have become less and less manageable as we’ve accumulated more and more stuff, much of which we probably didn’t need. It was time to go through them all again piece by piece and honestly evaluate whether each item is earning its keep. It took us all of the daylight of to full days do dig through and organize everything we had. 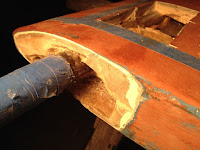 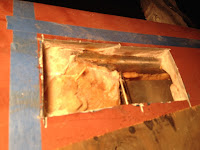 We had a couple of other major jobs to do: a stanchion base broke as I was climbing off of the boat as it went into the lift. We also wanted to do a major overhaul of our anchor windlass. Both jobs should have been straight forward, but in the way that these things do, one complication after another cropped up until a day was gone for each and all we wanted to do was get showers to get the grime off.

Toward the end of the week, we finally started to feel like we were getting on top of things and we allowed ourselves to venture out and enjoy the city.

There are many things we like about Ensenada. México’s best chefs are found there, so we had some really nice food. There were a couple of festivals we got to meander through. The Baja 1000, one of the world’s major off road races, started just a few blocks from the yard. 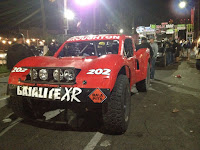 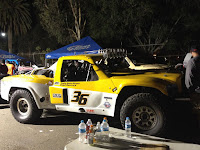 Baja 1000 race starts and ends on our doorstep

My favorite thing, which quickly became a nightly tradition, was a walk to the nearby fountain. The fountain in Ensenada is huge and elaborate. hundreds of jets are fired in sync with lights and booming music, ranging through classical, mariachi and techno. Just hearing the music from the boat makes us want to go out and watch the light show. it’s like a fireworks display. The whole town seemed to come out every night to make the fountains a family night. 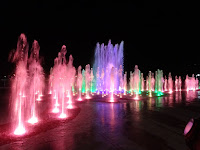 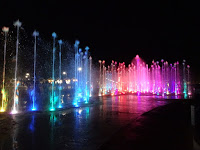 The musical fountains put on a grand display at night

When the week was finally over, it was time to get up VERY early for the long journey north to Arizona, where we planned to spend the holidays with my Mom getting a much needed rest from the yard while they rebuild our rudders.

We got a chance to look at them before we left. They had been opened up and drained and the good news was that they were basically in pretty good shape (at least better than our 'worst case' fears). Once they’re closed up and resealed, they should last us a good long time. 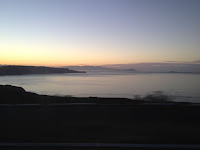 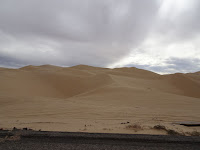 Sights Road trip from Mexico to Arizona had some impressive sights
Posted by SV-Footprint at 10:54:00 PM