[Maryanne]As we were sailing south down the Yasawa group of islands, we were so excited to get a call over the VHF from our cruising buddies from Lalamanzi. We last saw them in Whangarei (New Zealand) and always enjoy their company. It didn't take long before they had persuaded Kyle to change his planned destination for the day and stop off at Waya with them. The offer loaded with the opportunity not just to meet up again with them, but the promise of a freshly caught fish dinner!

We arrived from different directions, and Muzzi kindly snapped some pictures of Begonia under sail, and shortly we were anchoring off the island of Waya, just off the village of Nalauwaki. After a chatty and happy reunion we decided to spend the afternoon ashore at the village of Nalauwaki, do sevusevu, and take a walk. As we approached the village we found it was low tide and a tricky access for the dinghy. A village kid was also returning to the beach (on his corrugated iron canoe) and decided to act as our pilot through the narrow and meandering route through the coral - we made it, but it was hairy!

Ashore we were soon greeted by Devi and taken for our sevusevu ceremony, followed by a presentation of local crafts from the local smiling village women. Afterwards we were given quite the tour of the village with the usual friendly locals making it so nice. We were then left to our own devices and chose to explore along the beach with the promise of a waterfall just beyond the village. The sun was shining, the backdrop was spectacular, and the company full of excited chatter and laughter as we were caught up with each-other's adventures and mishaps. 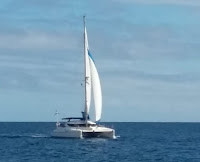 A rare photo of Begonia under sail - thank you Lalamanzi! 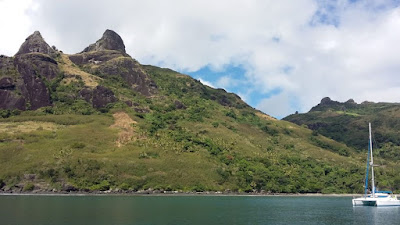 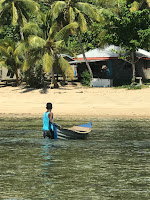 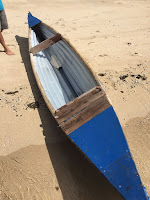 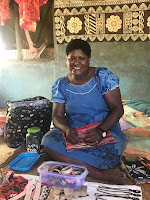 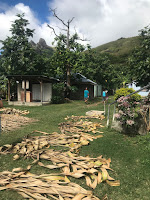 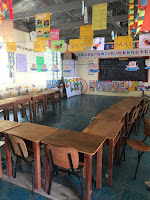 Village life - including the corrugated iron canoe, drying pandanas, and a much better equipped kindergarten than those we'd seen in the southern Lau group. 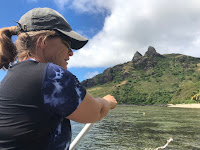 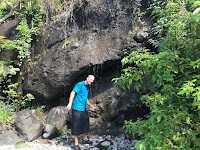 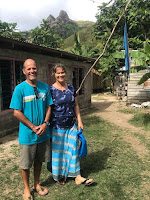 A day spent with the lovely Rob & Muzzi (from South Africa) 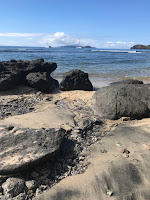 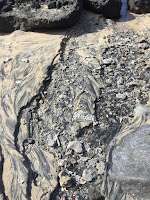 Some really pretty patterns in the sand

Once we left the village and returned to our boats, we had an hour or so to refresh and change before enjoying the remainder of the evening aboard Lalamanzi. Aside from enjoying their great company we were also treated to some wonderful fresh wahoo for dinner. We were so happy that our expected plans for the day were waylaid for some heartwarming, cozy, company with friends. They also snapped many of the photos used in this blog post.

Email ThisBlogThis!Share to TwitterShare to FacebookShare to Pinterest
Labels: Fiji