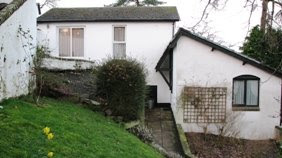 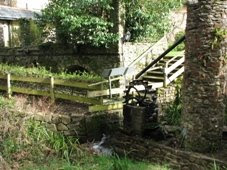 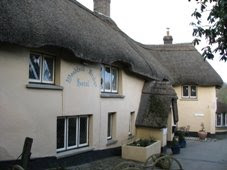 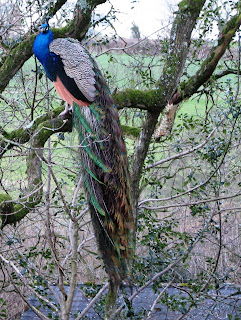 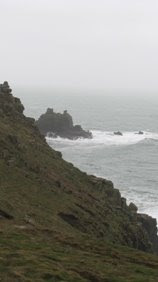 {Maryanne} Traditionally Kyle and I have celebrated our anniversary with a weekend B&B getaway. This year, our anniversary fell while I was in Britain, and we were also given an amazing gift of a timeshare "anywhere in the world". We decided to find a cottage in Devon (the county I was born in, and close by to my brother Russell) - and have Kyle spend as long as he could with me - although obviously his work would dictate the actual days we could share. The cottage was in a resort in a tiny village of Devon: Woodford Bridge. The countryside is very hilly (commonly 17% slopes) - and with windy and narrow roads (I think Kyle has been a little nervous with my driving!). The weather was mostly terrible (worst storms of the winter, lots of flooding, and the beaches officially closed for one day because of the crazy weather.

The cottage itself is amazing with every facility you might imagine necessary. The staff are unbelievably helpful - I needed a Dr for a painful ear infection during our stay, and they booked the appointment for me - I had seen a Dr within 2 hours of even asking where the nearest Dr was. We have availed ourselves of traditional cream tea in the thatched bar, and have peacocks strutting around in the garden, and roosting in the tree outside our patio each evening. Pretty impressive.

Most tourist places are closed until Easter, but we have had plenty to keep us busy. Given the weather we have not explored the area as much as we would have liked - but we did do a circular tour of Cornwall, and took in Lands End (most westerly point in Britain), the Lizard (infamous rock formation, jutting out from the south west coast), St Michael's Mount, and lots of other stunning coastal areas and towns. Given the weather, and it's exposed nature was very blustery: we have some impressive movie shots which I will post soon. We also managed to take
in a local ancient monument - the Merry Maidens - a stone circle the story reports that some young ladies were caught dancing on a Sunday and turned to stone on the spot.

Wow! It is so scenic "over the pond" Meg and I would love to go bicycling there someday. Those steep hills would give us an incredible workout! We are so glad that Kyle was able to make it over there. So now you two can spend some *special* quiet time together. Did you find it hard to sleep in a bed that does not rock? Even in a marina, our gem moves, and that motion "rocks" us to sleep. Have fun, and thanks for posting the lovely photo's. Take Care, Louie & Meg.

What a wonderful place to celebrate your big 5th wedding anniversary! Get well, Maryanne, and to Kyle--you take good care of her, ya hear? Have a grand time and travel safely!~