[Maryanne]With Kyle away, chores completed, and my week long transit pass with only one day remaining, I decided to take a side trip to Salem - home of the infamous witch trials of the late 1600’s. Aside from that notoriety, it was also one of the major shipping ports for early America, a picturesque New England town, and somewhere I’d long been curious to visit. 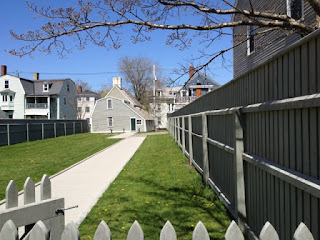 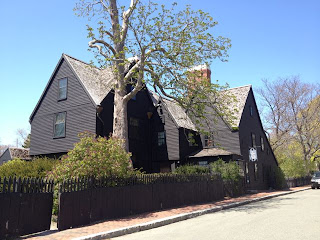 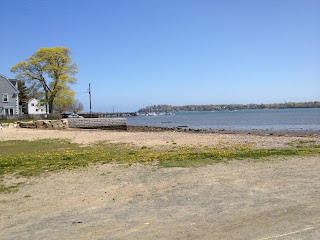 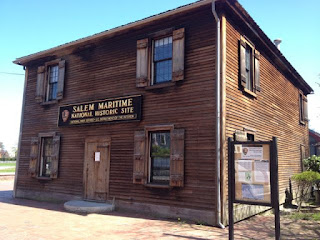 Let me start with the witch stuff since I did decide to attend one of the tourist-focused witch trial museums. It gave an interesting, if over theatrical, presentation of the key events, but for a fee, and with no more information than could be learned from the free National Parks center film just a short walk away. These and several other presentations did, of course, acknowledge that there were no real witches during the trials, just local hysteria, fear, spite, and power seeking.

The rules for what makes for valid legal evidence in a trial were clearly broken during the witch trials (which allowed spectral evidence), and I much preferred the presentations that put emphasis on this area, rather than the hocus-pocus rubbish. All the presentations I saw made quite interesting links with another period in USA history: the 1950’s McCarthy era where many were in dread of being declared a Communists (rightly or wrongly) where lives could be ruined by a spiteful accusation and with little ability to prove innocence. Strangely today in the USA the term communist is still seen as a significant insult (I’m not so sure about the term witch!).

One very surprising fact I did learn, is that of the modern day 40,000 population of Salem, 4,000 are self-described practising Wiccans (I was not able to verify this). Oh boy, I guess the place is a magnet for them. The religion of Wicca is a relatively modern one, invented in 1940s in the UK, from ideas based on research that have long been proven incorrect. It arrived in the USA in the 1960’s and basically brings together different practices from a number of ancient belief systems (Pagan, Greek, etc.), adds in the belief in spells and a little more nonsense, some occasional nudity, and there we have it: Wicca. Oh, except each Wicca group seems to add and subtract whatever it feels like so there is no central official set of beliefs. It is however a nationally registered/protected religion in the USA. What does Wicca have to do with the Salem witch trials? Nothing, but this does not seem to matter.

Although I can enjoy the entertainment value of shows like Bewitched, I have little tolerance for the modern day belief in witchcraft (zero evidence for, and plenty of people making money!), and was really rather shocked that the town was so filled with so many spell shops that advertised with full seriousness and no whimsy… Of course they are not ‘true’ to any particular form of the paranormal, and mix psychic readings with crystals and the like – anything to make a buck. 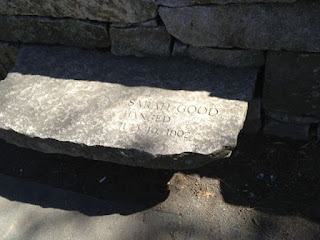 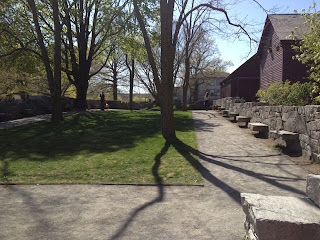 There was a very respectful memorial to those who lost their lives during the Salem Witch Trials, and I was glad of that – although amazingly the full exoneration for some didn’t take place until 2001.

With witches ticked off the list, I focused on some of the many other sights that Salem has to offer. It is one of the USAs older towns, and had managed to retain many buildings from the 1600’s and 1700’s. It is the birthplace of the National Guard, and has a long and important maritime trading history. So successful were they in sending ships out to trade internationally, that for some time it was the richest (per capita) city in the USA. The author Nathaniel Hawthorne was born there and worked there for some time; many of his books have strong story links to Salem locations (e.g. The Scarlet letter, and the House of the Seven Gables).

Nathaniel Bowditch, well known among all sailors, was also born in Salem, and his book (according to Wikipedia) Bowditch's American Practical Navigator, first published in 1802, is still carried on board every commissioned U.S. naval vessel. We certainly have a (digital) copy aboard Begonia. In honor of its nautical past, the town also provides a waterfront walk with information boards and stations providing nautical knowledge and play along the way. 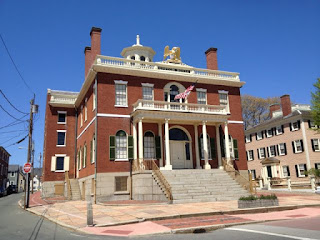 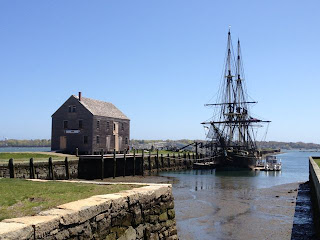 The Friendship of Salem, and nearby Custom House

The Friendship of Salem built in 2000, is a full size reconstruction of a 171-foot (52 m) three-masted East Indiaman trading ship originally built in 1797. This ship is owned and maintained by the National Parks (so you can visit for free!); and I enjoyed pottering around in her, and later an official tour which included the nearby Custom House.

I didn’t find the time to visit, but Salem also has the Peabody Essex Museum, filled with exotic treasures brought back by sailors from Asian trading ports. 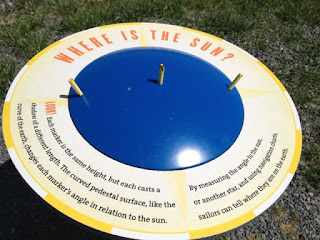 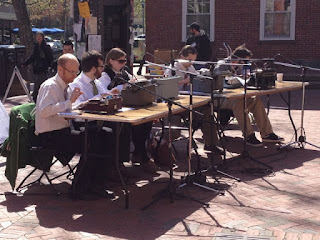 One of the interesting nautical themed presentation stations, and the curious Boston Typewriter orchestra

What did fill my spare time in Salem was the Poetry festival that coincided with my visit. I was able to attend some of the readings, and even an outdoor music show presented by the Boston Typewriter Orchestra (I kid you not). Quite a day!

Aside from the modern day witch silliness, I really enjoyed Salem, and was lucky to have yet another sunny day to enjoy her offerings.