Unexpected Discovery (and other fun in NH)

[Maryanne]Kyle headed off to work quite early, so early that even he was OK (a little squirmy, but OK) with forking out for a cab to get him to the airport in time for his flight.

I was left with rain storms through most of the day so pottered aboard begonia waiting for it all to pass. Just after 3:30pm I called for a Portsmouth Yacht Club lunch vessel to pick me up so I could finally go ashore, explore a little more, and to claim back the dingy that Kyle had taken so early in the morning. There was no answer to my calls via VHF or phone to the yacht club; the little devils had gone home early. I was stranded. Once I eventually resigned myself to that fact, I settled in to a good book and enjoyed the bright post-rain skies. 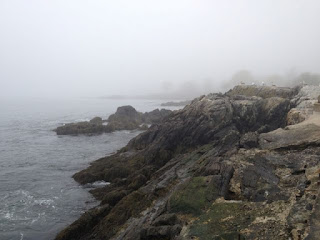 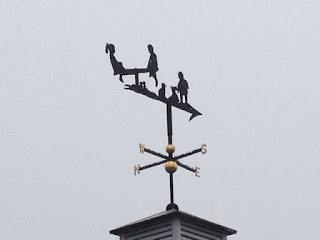 Scenes from a morning coastal walk

The following day was forecast to have great weather, so as soon as the yacht club staff turned up, I went ashore with my bicycle and headed off. I was primarily headed for the Strawberry Banke Museum: set on ten acres of land, with over 30 restored period homes and gardens from colonial America through to early 1900's America. It’s a living history site with role-players presenting history at various locations on route (gardens, smithy, store-keepers, weavers, bakers, etc). Since my arrival coincided with its start, I began with a guided tour of all a selection of the gardens by one of the full time garden staff. Despite the fact that I know very little about plants and gardening, this was probably the best tour I’ve ever been given; the guide was clearly knowledgeable, and he was enthusiastic, and open to questions at all times. I didn’t leave myself nearly enough time to explore the full site, and although the ticket is valid for two consecutive days the weather forecast was so bad for the following day I was not able to return. It was well worth the entry price. 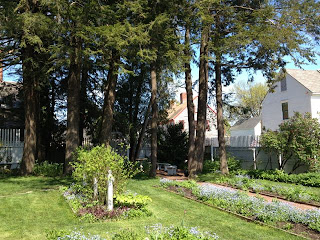 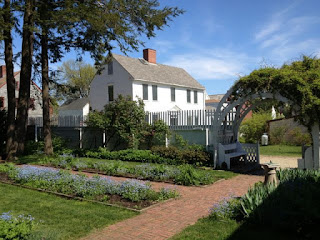 One of the many gardens at Strawberry Bank

I did manage to meet up with a couple of different couch surfers (who I invited to visit the boat) and shared a nice walk, some great company and some delicious food. Thanks to all the CS universe (specifically in this case: Samantha and Debbie)! And thanks also to Greg G. a local Cruising Club of America ambassador who very kindly insisted on taking me to a local grocery store (heaven for a cruiser!).

The highlight of my time alone however, was quite unexpected, and discovered on a trip to the local New Castle post office. I was not expecting much in the way of excitement, but found an unexpectedly quaint scene.. The building itself is beautifully nestled in the picturesque village of New Castle (smallest town, and richest per capita in New Hampshire), but the inside was a step back in time. Inside the Post Office boxes the locals rent were (presumably) original combination lock boxes – I’d never seen anything like it. Absolutely charming! 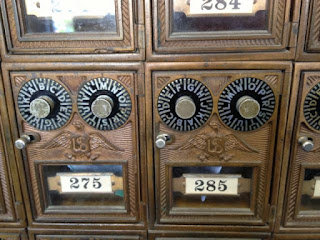 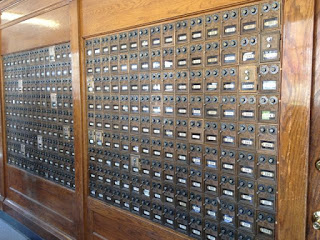 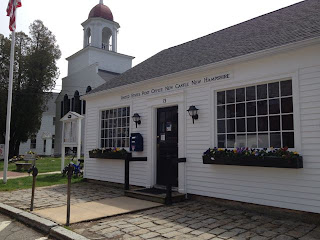 I've been in quite a few US Post offices, but never seen anything as charming as these vintage PO Boxes (presumably original)
Posted by SV-Footprint at 9:01:00 PM

Email ThisBlogThis!Share to TwitterShare to FacebookShare to Pinterest
Labels: USA-NH