[Kyle]We started the day in Huahine by pulling up support documents for our engine systems to help further diagnose the alarm issue. Once that was fixed, the wind was up and we had a relatively fast but rough sail to Teavamoa Pass at Raiatea Island. Sarah and Geoffrey continue to help with the sailing and it is great to have so many extra hands aboard. 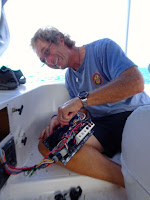 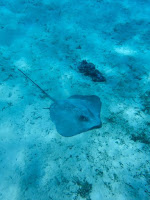 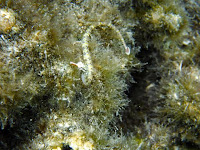 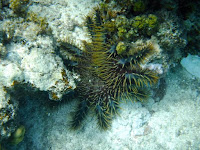 Fixing stuff before some more snorkelling

Learning from our anchorage in Huahine, we had all eyes inspecting the shallow sand ahead as we left the deep channel and proceeded over a mile of less than 2 meter deep water to a place we eventually dropped the anchor to snorkel. It was brilliant! We were surrounded by that incredible turquoise bath water, we had the tall green hills of Raiatea behind, and ahead of us, beyond our chain and the anchor, lay the protective reef giving us calm waters despite the violent surf beyond.

We spent the following day relaxing and snorkeling from the boat. (More rays, little pipe fish, crown of thorns starfish – known as a great risk to coral reefs)

Note: We later learned that while we sat protected inside the reef at Raiatea, a fellow 2017 Pacific cruiser, Tanda Malaika, had just gone aground in Huahine near the same pass we had used. They lost their boat, but all aboard were safely rescued by the amazing French Navy and the helicopter rescue team. Their Blog posts tells the harrowing story