[Kyle]Next up on our itinerary north was our only continental stop since leaving Cairns. We've been island hopping mostly because the continent is where most of the crocs and jellies live, which rules out most of the fun. In this case, good island anchorages were too sparse, so it was necessary to duck behind the headland at Portland Road. 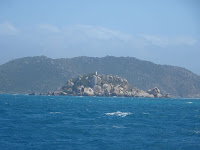 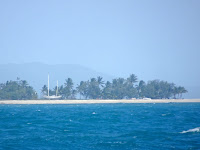 Telstra's coverage map indicated this region (Lockhart River region) was the only place between Cooktown and Thursday Island where there was any coverage at all. Technically, this was true. It was the first time we have seen anything other than “No Service” on either of our phones for weeks. Here, we managed to get one bar of 3G, but only if we hoisted my phone and an auxiliary battery pack up to the spreaders.

One bar of 3G is about 1% faster than our satellite phone, but we do have the ability to load web pages, provided we are able to be patient. The procedure requires having a book to hand or something else to keep us occupied while waiting for each page to load. We could only do the bare minimum, which included finding out that we were now free to travel in all of Queensland without our Remote Communities Pass. We can even go ashore now and say hi the next time we get a chance. Well, that's good.

We will also no longer need to quarantine when entering the Northern Territory, although we will have to modify or plans as we are still required to check in and possibly get tested before moving on.

Our guides mention a village here. That's a stretch. The “village” is literally four houses, only two of which showed any signs of life. To go ashore would involve landing in one of their back gardens, but not before navigating a minefield of coral and mud flats to do so. We decided against the idea. {Maryanne: Ashore is mostly private land, but there is access to the Kuuku Ya'u Nature Refuge too} 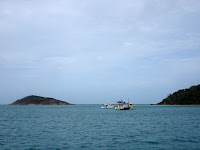 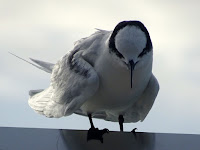 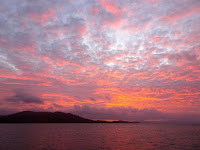 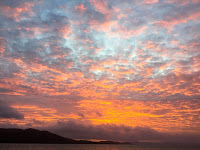 We still haven't seen anybody other than heavy shipping in days. There are two fishing boats anchored with us, but neither looks like it has moved in a long while. It feels like we are the only ones up here. Thursday Island is going to feel like Manhattan after this.