[Maryanne]After and between all the chores to get Begonia ocean ready again, we also needed to do the final provisioning, check in with the Armada etc. I dragged Kyle out and about and where possible squeezed in a bit of sightseeing. At the same time our wonderful neighbours in the marina were also keeping us entertained. It was busy and we clearly were not going to have enough time to do everything, but some fun MUST be had! We struggled to do as much as we'd expected since so much was clearly off season or even closed, but we did our best! 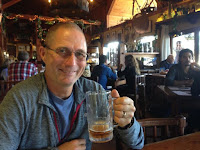 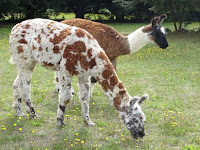 The area is packed with 'craft breweries' we had to try at least one,
And when we went to try some crazy golf, we met these llamas instead! 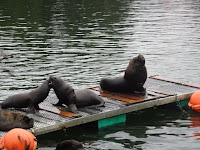 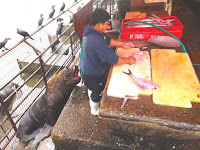 [Kyle]THE thing to do in Valdivia is get a boat tour of the river. All of the tourist guides we have seen for the area mention it in the first three items of must dos. There are several companies, but they all do pretty much the same: Go down the river, throw a wake at the marina on the way, stop at Corral for an hour or so of sightseeing, go back up the river, throw another wake and return to Valdivia. The going rate for these tours seems to be about 50,000 pesos per person, about $85USD or £70.

Not for us, thanks. We've seen the river and we can hardly throw a wake on ourselves. That just left Corral. We're practically locals now, so we just took the bus from the marina to the ferry terminal and bought a couple of tickets. Our way had the added benefit of allowing us to explore without being part of a mob. 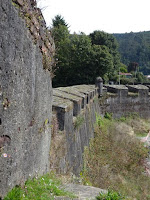 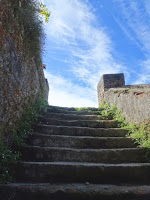 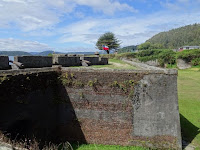 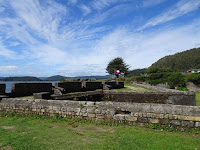 The old Spanish fort at Corral

We got off the ferry and strolled up to the big Fort. We paid 1,700 Chilean pesos (about $3) and immediately realized we could see 90% of it from the ticket counter. There were a few old cannons, but nothing else other than the walls themselves. We took it as slowly as we could, but we're still finished fifteen minutes after entering. Apparently, in season, they have re-enactments, which might make it seem less like throwing our precious sightseeing day in a hole. We couldn't help but notice the contrast with the well done (and free) Fort at Niebla. 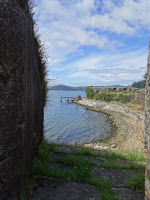 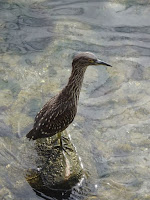 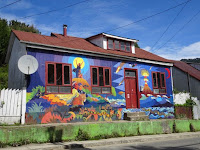 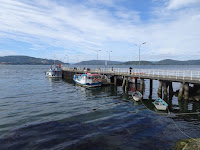 And around Corral - on a quiet day

It felt a bit early to return, so we had a stroll around Corral to see what there was to see. It turns out it wasn't much. We followed the smell of fresh bread to a bakery, where we picked up some walkin' food to enjoy as we explored the remainder of the town. As soon as we left the bakery, we realized it would be smarter to slow to a saunter. Even after doing that, we were back at the ferry stop fifteen minutes later having exhausted the town's offerings.

Given it's high billing, I think we were expecting way more in the way of diversions in Corral. We thought about popping into a pub for lunch, but since the main view from their balcony was of a big plywood wall, we decided to pass and retrace our path home. We were a bit disappointed. It was nice to get out, but at least the day hadn't cost us 100,000CLP. We managed to get the whole day for 7,500 (about $12).

Next: The Valdivia Museums? Nope. Our last chance day was cold and rainy all morning and we never could get the motivation up to tear ourselves away from important but unglamorous indoor jobs to go out in it. We're going to lose fast internet when we leave the marina (most likely until we arrived in New Zealand again), so we wanted everything to be as updated as possible before we go. Unfortunately, sometimes you have to decide there's stuff you're just not going to get to do.

Between getting everything pretty much fixed to go, we did make some time to do some socializing. We have met some very nice people at the marina and it was always hard to pass up on opportunities to spend time with them in favor of some greasy job that will surely result in losing more skin off of my knuckles. Finally, all of the major work was done, so we planned an evening out at a nearby restaurant we have been trying for a while to patronize.

Every time we had tried to visit a highly reviewed local restaurant called K8, it has been closed – even on Saturdays. Maryanne finally found some mention on their U-face page about being open again after vacation. We invited the crowd, who were all willing to give it a try with us. Joining us were Rene, a lovely Swiss man on a long solo adventure in his boat Ata Ata, and Gary and Karina from Sea Rover II, who we had originally encountered in La Paz, Mexico just before we left for the Marquesas.

We had originally planned to walk the mile or so there and then get a bus back. As we left the marina, the two resident dogs, Sophia and Maxima, decided to join us for something to do. The first time Maryanne and I made the walk to K8, they had accompanied us maybe halfway and then gave up to go back home. This time, they were both in it for the duration.

Sophia is great. She seems to be mostly Border collie and she is sharp as a tack. Maxima is as sweet as a dog can be, albeit a little shy, but she is not the most savvy.

The problem is that the road to the restaurant is a main road with no path for walking other than a thin line of tramped down grass off the edge of the pavement. In the breaks between fast moving traffic, the road is by far the better quality surface. When traffic approached, we all dove into the grass to let it pass – all of us except Maxima, whose reaction to a huge vehicle barreling down on her is to cower in the middle of the road. Fortunately, each time, the drivers saw her and had time to hit the brakes, no doubt cursing us for “our” idiot dog’s behavior. Sophia has the sense to get out of the road and most of the time Maxima would follow her, but in the confusion of a sharp bend, a big truck and a lot of legs to dodge in the grass, she would occasionally get “stuck” in the road, looking terrified and confused as to what to do.

We had each had about six heart attacks each when we reached the bridge. The only way to cross it was to wait for a gap and time a quick dash across along the six-inch wide curb. We were all really hoping the dogs would give up there and head home, but they didn’t. Maxima was successfully skulking along in the gutter when an approaching bus from behind spooked her and she took a right turn in front of another bus. Both drivers had quick reflexes and she managed to avoid getting squished, but just barely. That was heart attack number seven.

Karina couldn’t take it anymore and found some rope, from which she planned to make two leashes to lead the dogs home. There was no way we were taking the bus back and leaving them to cross the bridge by themselves.

Sophia was fine with this, but when Karina went to put the rope around Maxima’s neck, she had a full freak out. Karina thinks she made have been caught one too many times by a dog catcher. I tried to help and we got the second leash on her only to have her flip out again and knock me into a thorn bush, some of which I am still digging out of my hands a week and a half later. About that time, Sophia chewed through her leash. We got them across the road one last time to the restaurant, which didn’t seem to mind letting them join us on the patio. They stayed under the table and kept our feet warm.

When we paid our bill and left, leaving plenty of daylight for the walk back to the marina, a third dog emerged. Sophia has a male doppelganger.

The eight of us made it back across the bridge okay. After another of Maxima’s scares, Karina took it upon her wonderfully kind self to run back to lessen the time they were near the road. New Dog stayed with us and looked very put out when we left the road for the marina. Everyone made it safely. Every time I see Maxima now, I have to give her a hug for being alive and have a little talk with her about staying away from the road.

Subsequent get-togethers were held at the marina.

** Note: this post was UPDATED 6-Apr-2018 - apparently it had been posted without all the appropriate information - communications failure.. :-) **