[Kyle]After a day of sideways rain in Quehui, during which we sat snugly inside glad that we didn't have to go anywhere, we set out for the short sail to Marina Quinched on the island of Chiloe.

What should have been a pleasant sail quickly turned into rather an ordeal where winds triple the forecast turned all of the fun into anxiety as we watched it climb and climb relentlessly into the twenties and then the thirties. We arrived wild-haired and bug-eyed, feeling like we had come much further than the short distance it had been. Long, hot showers and a fresh load of laundry had us feeling civilized again. It's amazing sometimes how that's all you need. 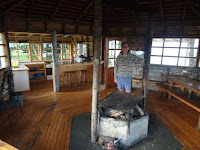 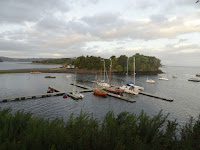 We had a walk around and found nothing much in the way of diversions other than the antics of the birds and the million-dollar views. We had heard it was possible to get into the main town of Castro from Quinched, but that turned out to be outdated information. Maryanne had hoped to maybe find a tour of the island or a rental car but there were no such options. We decided instead to move on to Castro a little earlier (where we could rent a car), turning our planned two-night stay into one, which was probably just as well as we had already exhausted the area's offerings. 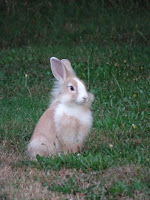 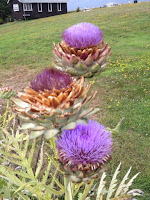 At dusk - loads of these adorable rabbits appeared, and that flower - that is an artichoke!

[Maryanne]This little corner of Chiloe is quite a-ways from the main roads. There is no grocery store or town as such, just a small marina and a few holiday homes and (amazingly) 3 cafes and some local crafts for sale! There is an island that at low tide you can walk to which will rent out out kayaks and has a beautiful pebble and mussel filled beach great for just watching and seeing what happens next. We spent some time just watching the gulls pickup a mussel, fly up and then drop it onto the rocks below to help crack them open. 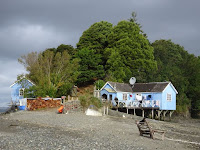 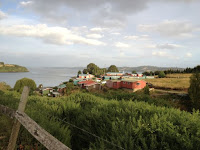 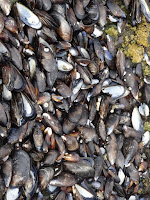 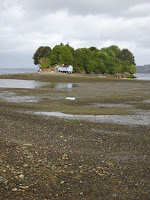 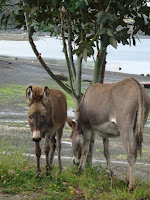 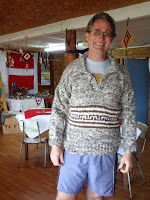 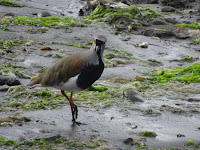 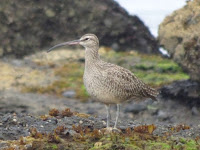 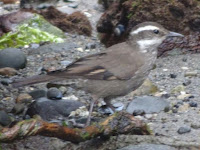 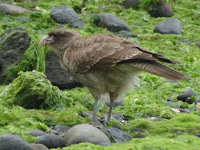 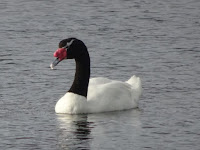 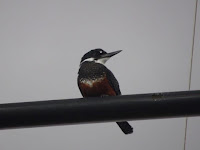