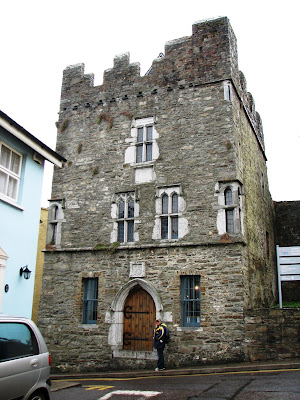 Castle Desmond in the center of Kinsale

[Kyle]We woke up in the morning in Kinsale to windy conditions and dreary, Seattle-style rain. This pretty much killed our motivation to get out and see one of County Cork’s most popular tourist areas bright and early. Eventually, after a nice hot breakfast, we made the cold row into town. The guidebooks all gush about this place as if it were Sausalito or Venice. Frankly, I didn’t see it. Perhaps the gloom was bringing me down but Kinsale just seemed like many other tourist destinations. There was a continuous snarl of traffic and all of the businesses seemed determined to cash in on the tourists by charging double for everything. We went to a local supermarket to get some walking around food and then headed for our first stop at the International Museum of Wine at Desmond Castle. Desmond Castle was used as a residence, Customs house and a jail during its 500 year history but now is home of the museum. The museum was primarily dedicated to the story of the “Wine Geese” – Irish people who emigrated in large numbers to become instrumental in the wine industry worldwide. 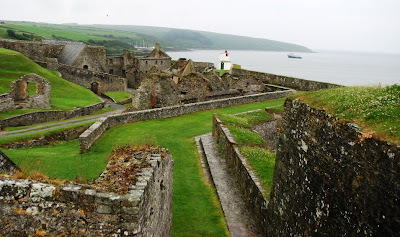 From there, we walked for about an hour along the River Bandon to get to Charles’s Fort. The fort was built beginning in 1678 and was used by the British military until the Irish Civil War in 1922, when it was burned down and fell into ruin. It was briefly occupied by a colony of hippies in the late 1960s. The Office of Public Works has since restored a few of the buildings and put in some nice exhibits about life there and the history of the fort. Like Fort Berkeley in Bermuda, it was almost never used for any real warfare and stands mostly as a monument to the British paranoia at the time about being invaded. 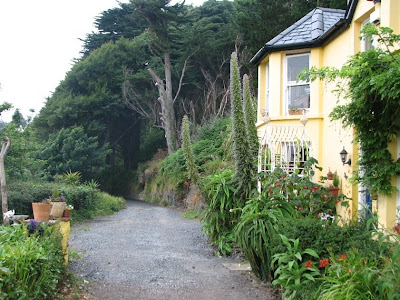 We had a lovely walk back along a pretty paved path back into town that tunneled through the foliage at the river’s edge through the village of Scilly and then back into Kinsale. 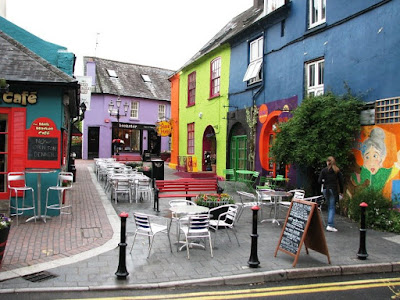 Once back in town, we started looking for a nice pub to have a light meal and a pint. Kinsale has a large selection of gourmet restaurants, but perusing the menus posted outside, it quickly became clear that, particularly with the exchange rate, a pretty ordinary meal would have cost us around $100. Even a couple of sandwiches in a pub would run us almost $50. Not gonna do it. We really didn’t want to go to the trouble of cooking and cleaning up at home, though, so we had this depressing, drizzly slog all over town looking at menus and hoping to find something reasonable. Eventually, we just gave up and ended up at a gourmet pizza place, where we were able to split one and have a drink each for $40. It was nothing special. Well, at least we were fed, which did take some of the sting off the cold, drizzly row back to Footprint.
Posted by SV-Footprint at 4:30:00 PM